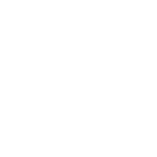 The diverse composition of the NCRC, bringing together both representatives of governments and of civil society, allows it to fully fulfil its role as a forum for dialogue and exchange on the rights of the child.

Nine of its members, respectively representing the different Belgian governments, have voting rights.

The other members, with consultative voice, represent all the Ministers and Secretaries of State whose mandate relates to children’s rights, involved administrations, the union of the advisers and directors of the youth aid systems, the local entities (via associations of cities, municipalities and provinces), the judiciary and lawyers, universities, NGOs, Unicef ​​and the Center for Equal Opportunities and the Fight against Racism, the children rights ombudspersons, children and young people themselves.

The President of the Commission has a full-time five-year term and is assisted by a standing Secretariat. Since October 2016, the Presidency is ensured by Ms. Karen Van Laethem.

The two Vice-Presidents perform their functions voluntarily, as do the members of the Executive Board and the other members of the Commission. One of them is designated by the Flemish speaking Community and the other by the French speaking Community. For several years now, the Flemish Vice-Presidency has been held de facto by the "Agency for Socio-Cultural Work for Youth and Adults (Department Youth), in the person of Mr. Joost Van Haelst, child rights coordinator.

In June 2015, the structure of the Commission has been renewed to clarify its dual role of "support to governments" and "independent advice", as well as the role of its various members (civil society, professionals, representatives of administrations, ministers and governments). Two bodies have been set up: the intergovernmental body, composed of members with voting rights; and the the advisory body, composed of members with consultative and autonomous voice. The Executive Office of the Commission is since composed of members of both bodies, ensuring enhanced consultation.

The Commission meets at least twice a year in plenary session.